Keepers, it's spooky season! To celebrate Steam Scream Fest, we have guild-approved cosmetic spookiness available to find by all Keepers!

A newly developed Suit and Flaming Skull Pet will be sure to scare the waves of monsters coming to destroy your Dome!

The Skeleton Suit and Flaming Skull Pet cosmetic items are available to discover during the Halloween season, 25th of October - 13th of November, for anyone playing Dome Keeper during this time.

You will gain permanent access to these items, as long as you can find their hiding places, and complete a successful run. Summary of Seasonal Content: Skeleton Suit Spooky Underground

Flaming Skull PetAs well as this spooky update, we've fixed some creepy bugs, tweaked some cool sword mechanics and so much more!

Check out the full patch notes below: Added a pet, a new cave, and decorations for Halloween. Only available until the 13th of November, but unlock permanently if you get it now.

You can disable seasonal content via options if you prefer "vanilla".

anymore Skin unlocks are now also listed when showing what was unlocked this run Fixed keeper slowing down when moving the stick and then pressing and releasing d-pad in the same direction Fixed prestige maps just stop at a fixed depth, instead of fading out naturally Fixed double iron modifier not being remembered to be selected previously Fixed lift not going through the middle of indestructible parts where there was no border tile Added animation for sword dome in the loadout screen.

Shield reflection stage 2 from 2s to 3s Sword fast stab 2 adds 20 instead of 10 damage to the stab Sword stab cooldown change for bomb upgrade goes from +3s to +1s Sword stab last bomb upgrade now has 3 charges instead of 2 Sword javelin upgrade adds 40 damage instead of 50 Orchard roots now spawn 6 and 12 roots, instead of 4 and 8.

Additionally, it lasts for 12s and 24s, instead of 10s and 20s. This is only a small step, orchard needs some more serious buffs or additions.

The guild hasn't forgotten the Assessor, it's very much still coming soon, we just wanted to get involved in the festive, spooky fun! 🎃 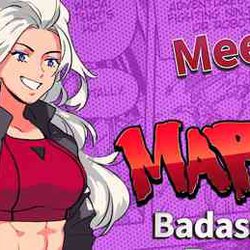