Multiplayer action about dragons Century: Age of Ashes will be released on September 26 on PlayStation 5 and PlayStation 4.

Initially, the release of Century: Age of Ashes for Sony consoles was scheduled for July 19, but was postponed at the last moment.

Before all this, the game appeared on the PC, where it has been available since December. Versions for Xbox Series X|S and Xbox One were released in March and July, respectively.

The project is a multiplayer dragon-riding action game with several modes, including 6v6 team fight, capture the flag, nest defense and every man for himself, where 9 players fight each other.

The game has 4 classes, as well as dragon and rider customization with cosmetic items. Century: Age of Ashes has 73 percent positive user reviews on Steam. 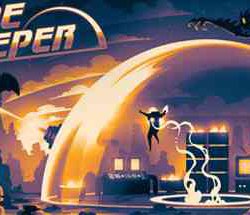