In an interview for the new PLAY Magazine, Asobo's leading level designer, Kevin Pinson, told reporters that the studio had increased the time it took for the A Plague Tale sequel.

According to Pinson, the length of the Requiem story campaign will be about 15-18 hours.

It is worth noting that the developer's words are based on his own pace of the game, so it may take less or more time for individual users to do this, everything depends on their skills.

However, the length of the campaign is almost twice as long as in the original, which may make some think that the studio has deliberately delayed the game.

However, Kevin immediately refuted all speculation, saying that the publisher represented by Focus Interactive on the contrary encouraged the team and asked to choose the length of the campaign independently.

According to Pinson, in A Plague Tale: Requiem there is no empty content added to the game for the tick. Also, the team did not attempt to make the game obviously longer, as it does not need this.

“Focus Interactive called on us to make the game as long as we wanted, to devote as much time to the story as we wanted, in order to tell it in full.

Therefore, we do not aim for a certain number of hours to pass. That's not what we take into account when we design a game.

We have a small team of 70 people, so we have to be radical on this issue. ” A Plague Tale Requiem will be released on October 18 on PS5, Xbox Series X|S, Nintendo Switch and PC.

Game Pass subscribers will receive a game on the release. 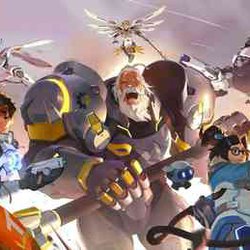