As a development team we are proud of the work we have done across all our Updates to evolve and improve the game, and also delivering three Seasons of new content.

So we want to thank you – our community – for sticking with us. 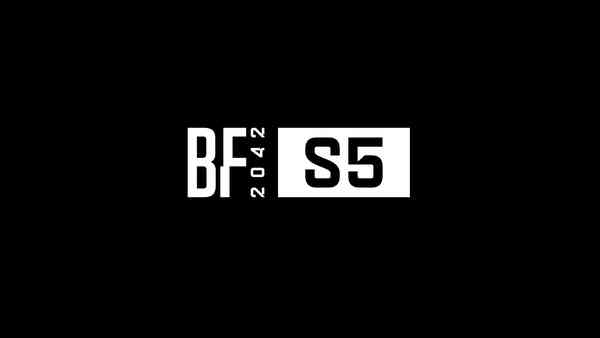 And if you haven’t jumped into Battlefield 2042 yet, now is a great time to give it a go as you can play free in December across all platforms*.

Feedback from you all has been at the heart of our work and the game is now much closer to our ambitions for it… but we’re not stopping here.

Today is a first look at what’s coming next year for Battlefield 2042.

We’ll be talking about upcoming map reworks and the introduction of Classes as well as a look at what to expect from Season 4 plus some news about Season 5.

Since Season 1 we’ve been releasing re-worked versions of our maps from launch to address the feedback we heard from you all.

As covered in our most recent Development Update, this continues in Season 3 with Manifest and Breakaway.

The remaining launch maps to be re-worked – Discarded and Hourglass – will come in future Seasons.

We’re targeting Season 4 for Discarded and as we get further along in the process for Hourglass we’ll use our next Development Update early next year to confirm when it will be released.

In Update 3. 1, releasing later in December, you’ll get to experience a new version of Manifest with HQ flags closer to the action, a tighter playspace, improved visibility, cover and sightlines, and pathing between flags improved to allow for more focused attack and defense of them.

Then early next year, as part of Update 3. 2, a new and improved Breakaway will arrive with a huge overhaul. We’ve moved the Oil Rig closer to action which in turn brings a more focused playspace.

We’ve also designed new ways to play within the ice itself, as well as bringing entirely new flags based around updated areas of the Town and nearby Refineries.

Take a look at these updated versions of Manifest and Breakaway in our Development Update video from last month.

Update 3. 2 will be a big one for us with the reintroduction of Classes to Battlefield 2042.

All our existing Specialists will be placed within defined roles with a set of gadgets and equipment that best suit their purpose on the battlefield.

While we’re not revealing them today, our Season 4 Specialist will be placed within the Recon class. This will also be the final Specialist that we’re planning to bring to Battlefield 2042.

With the return to Classes and our roster of 14 in total, we are happy with the amount of Specialists and variety of gameplay that they will allow you to experience.

So our focus will be continuing to listen to your feedback in order to expand the sandbox in other ways by bringing design and balance changes for your class-based combat, along with continuing to expand on skins and cosmetics to give you more ways to stand out on the battlefield.

Feedback from our community has been instrumental to our work on Specialists and you wanting them back in the Class system, so we’ll keep listening as they are acting as learnings for, and informing, our new Battlefield experiences for the future that are in pre-production.

Season 4 will mark the end of our Year 1 and will launch in early 2023. It will bring you a new Specialist, all new Battle Pass, brand new hardware, and more.

While the map that will arrive will be smaller, shorter, and linear designed for up close and personal, close-quarters combat that Battlefield is famous for.

Also in our recent Development Update, we talked about being in pre-production on all-new content coming next year after Season 4. I can confirm that this will be Season 5.

Apart from not having a new Specialist, Season 5 will be consistent with what you have experienced in our first four Seasons – new map, new hardware, new Battle Pass, and more.

Across our team continuing to focus on Battlefield 2042, we have a mix of veteran developers alongside those working on their first game breathing in new life.

Together, we all have a common love of this franchise. So in Season 5 you’re going to see us lean into previous games and how they can show up in the world of 2042.

The new Season 5 map coming will be a forgotten battleground that last saw combat in the Battlefield 4 era. An overgrown area, engulfed with vegetation and by the 2042 war.

It will encourage a combination of vehicular and infantry combat meaning teamplay is the key to victory. Battlefield 2042 sets up the future for a franchise that we are all-in on.

We will continue to listen to you, and learn from you, to inform the work being done at DICE, Industrial Toys, Ripple Effect Studios, and Ridgeline Studios for all the Battlefield experiences we are all working on now and for the future.

See you on the Battlefield!