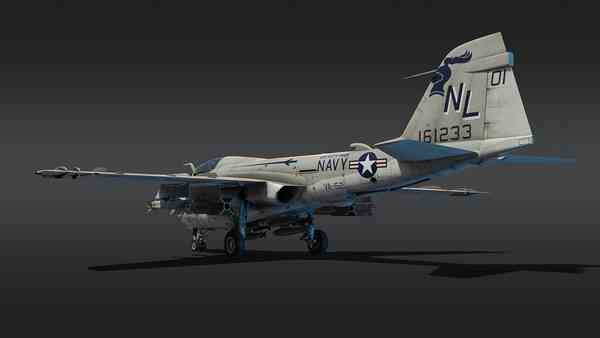 In the upcoming War Thunder update, our aircraft trees will climb to rank VIII! We are also introducing a rank VII Premium aircraft to boost research of the new top-tiers. 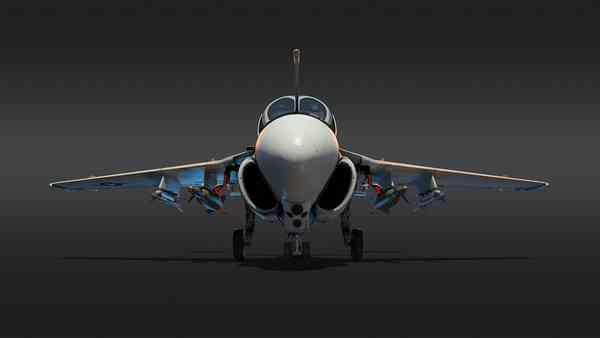 Meet the A-6 Intruder, a highly sophisticated American all-weather attack aircraft, originally developed in the late 1950s based on the USN’s experiences in the Korean War. 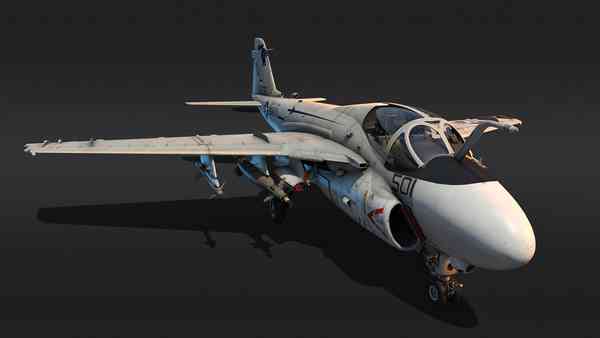 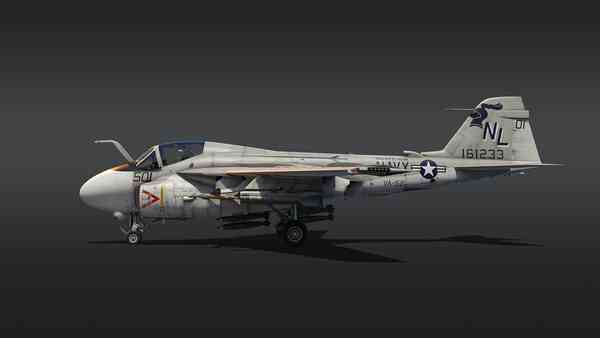 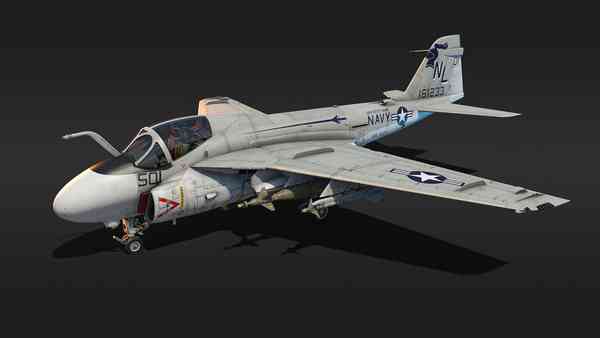 We are thrilled to announce a tier-up for War Thunder aviation! 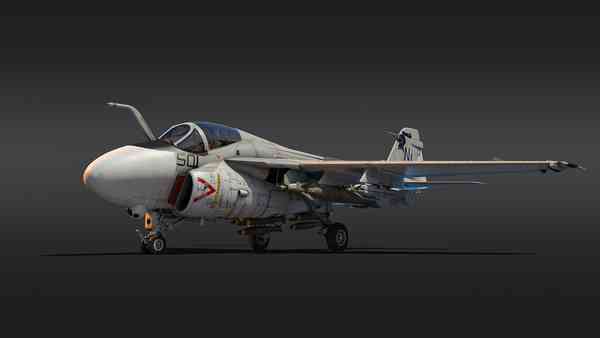 The upcoming major update will bring rank VIII to the game which will include 4th generation jets and aircraft of comparable combat efficiency.

Also, almost every gaming nation will also receive a rank VII Premium aircraft to boost up the progress of any single plane in the national tech tree, including new top tiers.

Today we reveal the first one, menacing A-6E Intruder wielding the heaviest payload in the game and the TRAM targeting pod which allows to use laser guided bombs!

In War Thunder, the A-6E TRAM Intruder will be a new Premium naval strike aircraft joining the seventh rank of the American aviation tree with the release of the next major update.

Due to its omission of fixed forward firing weapons - a highly unconventional trait for an American strike aircraft - the Intruder may at first appear like a toothless tiger but rest assured, this bird carries enough firepower to single handedly wipe out an entire tank platoon!

We got your attention now, pilot? Then keep on reading to find out more.

Before we dive deep into explosive matters however, it’s worth taking a look at the A-6E itself of course.

The Intruder is a relatively compact naval aircraft powered by a pair of Pratt & Whitney turbojet engines.

The aircraft may not be able to break the sound barrier but it can still reach a more than respectable top speed of about 650 mph (~1, 000 km/h), thus allowing it to quickly get in and out of the heat of battle.

As previously mentioned, the A-6E doesn’t feature any sort of fixed forward firing weapons, making the pilots’ dogfighting and strafing capabilities with the Intruder severely limited.

However, this doesn’t mean that the Intruder is a sitting duck against hostile aircraft either as pilots can choose to include Sidewinder AIM-9L missiles , as well as 20mm gunpods in their loadouts to counter such aerial threats.

But going back to the subject of the Intruder’s ground attack capabilities - pilots will be able to choose between different types of suspended weaponry to mount onto the five hardpoints found on the A-6E.

The A-6E can mount unguided FFAR and Zuni rockets as well as incendiary and conventional bombs of various calibers up to 2, 000 lbs.

Total loadout is truly outstanding: in the “bomb truck” setup the Intruder is capable to bring up to 28x500lbs or 13x1, 000lbs bombs!

However, pilots can also equip their warplane with more advanced precision munition such as GBU-10, GBU-12 or GBU-16 Paveway II laser guided bombs - up to five at once.

Thanks to this vast assortment of weapon options, pilots can always ideally equip their aircraft for the task at hand.

The A-6E Intruder is soon arriving into War Thunder as the new Premium American strike aircraft with the release of the next major update.

In the meantime, be sure to follow the news for the latest information regarding the upcoming update. Until then, clear skies and happy hunting pilots!