The blogger Bathrobe Spartan, specializing in the Halo franchise, shared information from his insiders about the future of the long-suffering studio 343 Industries. And it doesn't look very rosy.

This week it became known that a wave of layoffs swept through Microsoft, which also affected the video game wing of the company.

In particular, the cuts also hit studio 343 Industries, which was engaged in the development of the Halo universe.

This should not surprise anyone, because the team, into which huge funds were poured, once again failed to bring to market a viable product that Microsoft needed.

According to Bathrobe Spartan, about a third of 343 Industries employees have left their jobs. This applies not only to the internal team, but also to contractors from outside.

In addition, the goals and objectives assigned to the studio were revised.

In 2023, Microsoft plans to focus exclusively on the development of the Halo Infinite multiplayer, which includes new seasons with content, the "Battle Royale" mode, support for the "Forge" constructor mode, as well as a casual mode codenamed Tatanka.

Creative director Joseph Staten and a small team worked on the initiative, but after Bonnie Ross left the post of head of the studio, the plan was abandoned, considering it too difficult from the point of view of implementation and having no financial prospects.

As a result, Staten himself left the studio.

According to Microsoft's top management, the release of Halo Infinite turned out to be unsuccessful in principle, because the goals set for the developers (including financial ones) were not achieved.

In this regard, 343 Industries will no longer actively develop new games, finally becoming the coordinator of the franchise.

This can still be called a successful outcome, because initially there was information that the team had completely exhausted its credibility, and once the flagship brand was planned to be transferred to another studio.

According to the new strategy, the next games in the Halo universe will be developed by external partner studios. In principle, this has already happened with Infinite multiplayer.

Certain Affinity is responsible for new multiplayer modes, SkyBox Labs - for the support of the "Forge", Sperasoft - for the creation of maps and in-game content.

Work on the conclusion of contracts began in 2020, and partners will be allowed to produce more diverse games and with smaller budgets.

As for the Slipspace Engine graphics engine, it is planned to open it to partner studios for study if they want to work with this technology.

This is a rather strange decision, because even many internal Microsoft studios are actively switching to Unreal Engine 5. 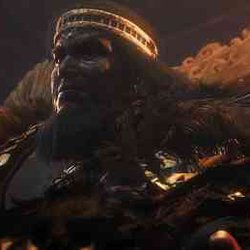 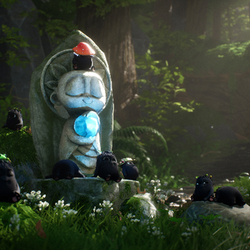