The role-playing game Forspoken from Square Enix did not cause delight among Steam users. At the time of writing this note, her approval rating among buyers is only 48%.

Players complain both about technical problems, pointing to poor optimization and the presence of bugs, and directly to the content itself — graphics, "plastic" animation, dialogues, cutscenes.

The open world is called uninteresting, and the constantly swearing main character is called annoying. The advantages most often include "magic parkour" and battles with enemies.

Users agree that according to the first trailers Forspoken looked much better.

They note that the game is not like nextgen, inferior in staging scenes and animation to the top Square Enix games of the last generation, although they ask for $ 70 for it.

The graphics are absolutely disgusting, the characters seem to be plastic, the textures of the environment look like they did CTRL-C + CTRL-V squares.

Every 5 seconds there is either a "cutscene", necessarily accompanied by a blackout, or just gg stands still and pronounces his dialogue, while it is impossible to move."

"I have one shameful pleasure - I love wanking in the open world. But Forspoken. . .

I haven't seen such a hack yet. The plot and character are at the level of a very bad book about a hitman written by a schoolboy.

Graphics - tear out your eye and wash it under the soap flowing from your monitor. Lighting. . .

have you ever seen highlights and dark shadows in the same frame? The whole game is like this.

The action game is more boring than the gameplay in the kukikliker."

"Considering that the system requirements were published a week before the release and they turned out to be surprisingly (no) inadequate, to put it mildly, the lack of optimization in the game was obvious, well, for me that's for sure. . .

From the point of view of graphon, there is no smell of nextgen. I won't say that it's just sad, but the systems declared in general do not work out even half."

"In the presence of the NVIDIA RTX 3070 Ti video card, the game sprinkled a juicy spot of warm liquid.

The last time I saw THIS on the screen was in my childhood, playing Skyrim on my cheap computer.

The attack of nostalgia was reinforced by FPS at the level of 20 frames and character animation, which was brazenly painted by GTA: Vice City. Guys don't buy, they're waiting for you at home."

Square Enix did not distribute keys to the PC version of Forspoken before the release, so the first media reviews were based on the PlayStation 5 version.

On Metacritic, the latter now has 68 points out of 100 possible.

Square Enix used laudatory press reviews in the official Forspoken release trailer, but many of them turned out to be taken out of context.

For example, Game Informer journalists called the trailer of the game "impressive", and the publisher submitted it as a general impression of the publication of the game.

Forspoken is available on PlayStation 5 and PC. The demo was released on both platforms. 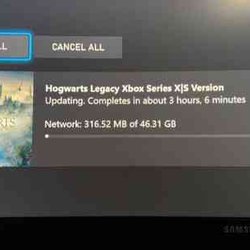 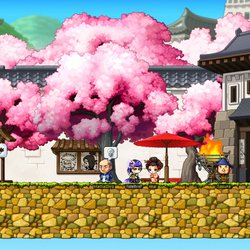